After a Covid-enforced break, registrations are already stacking up for the Seaford Striders’ popular Mince Pie 10 mile race which takes place on Sunday December 5 at 11am.

The Mince Pie 10 is organised by the Striders to raise funds for local charities and the running club itself. Runners are being encouraged to sign up early for the event, which has previously been voted one of the UK’s top ten races by Runners World magazine.

The race will be run in accordance with government restrictions in place at the time of the event. This year’s Mince Pie 10 is sponsored by David Jordan Estate Agents and will be run in support of the WOLO Foundation, which gives practical support to families after receiving a cancer diagnosis.

The undulating course is a mixture of four on-road and six off-road miles taking in the beautiful countryside scenery around Telscombe and Saltdean. The race is open to runners of all abilities aged 17 plus, although the route is unsuitable for wheelchair users. The Mince Pie 10 has an entrant’s limit of just 600 runners with previous events having sold out by October, so early registration is recommended.

Mince Pie race director Nick Farley, said: “After more than a year of Covid disruption, we’re delighted to welcome back runners to the Mince Pie 10. Many of our participants return year after year for the fun, festive atmosphere. The race is open to all runners of all abilities – from those wanting to beat their previous times to those running as a team of elves.”

The race starts and finishes at the Peacehaven Leisure Centre at 11am.

The route will be marshalled by Seaford Striders with plentiful water stations along the route. All finishers will receive a medal, goody bag and, of course, a mince pie. Runners can recover with a sports massage and a tasty treat from the charity cake stall. 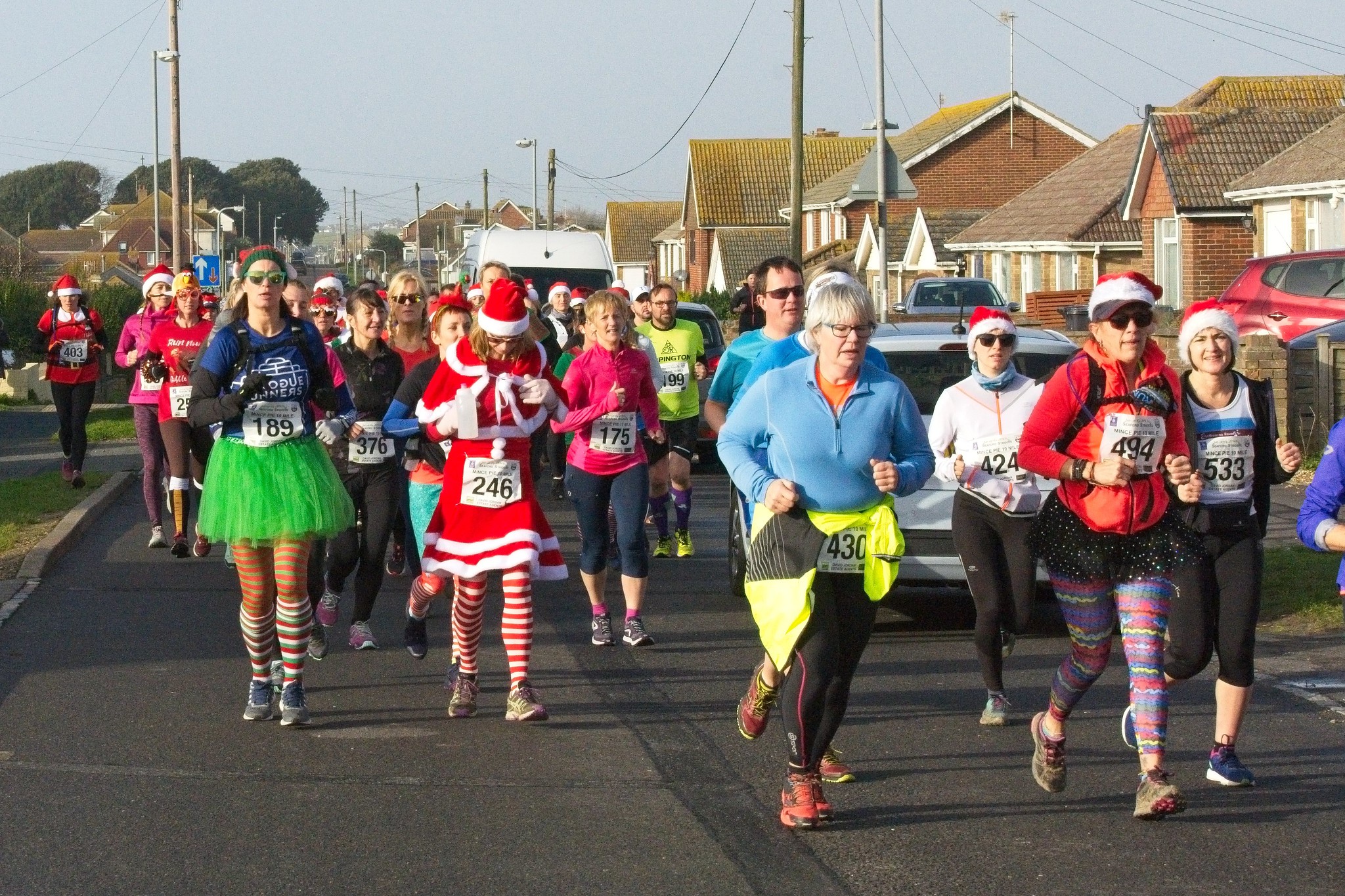 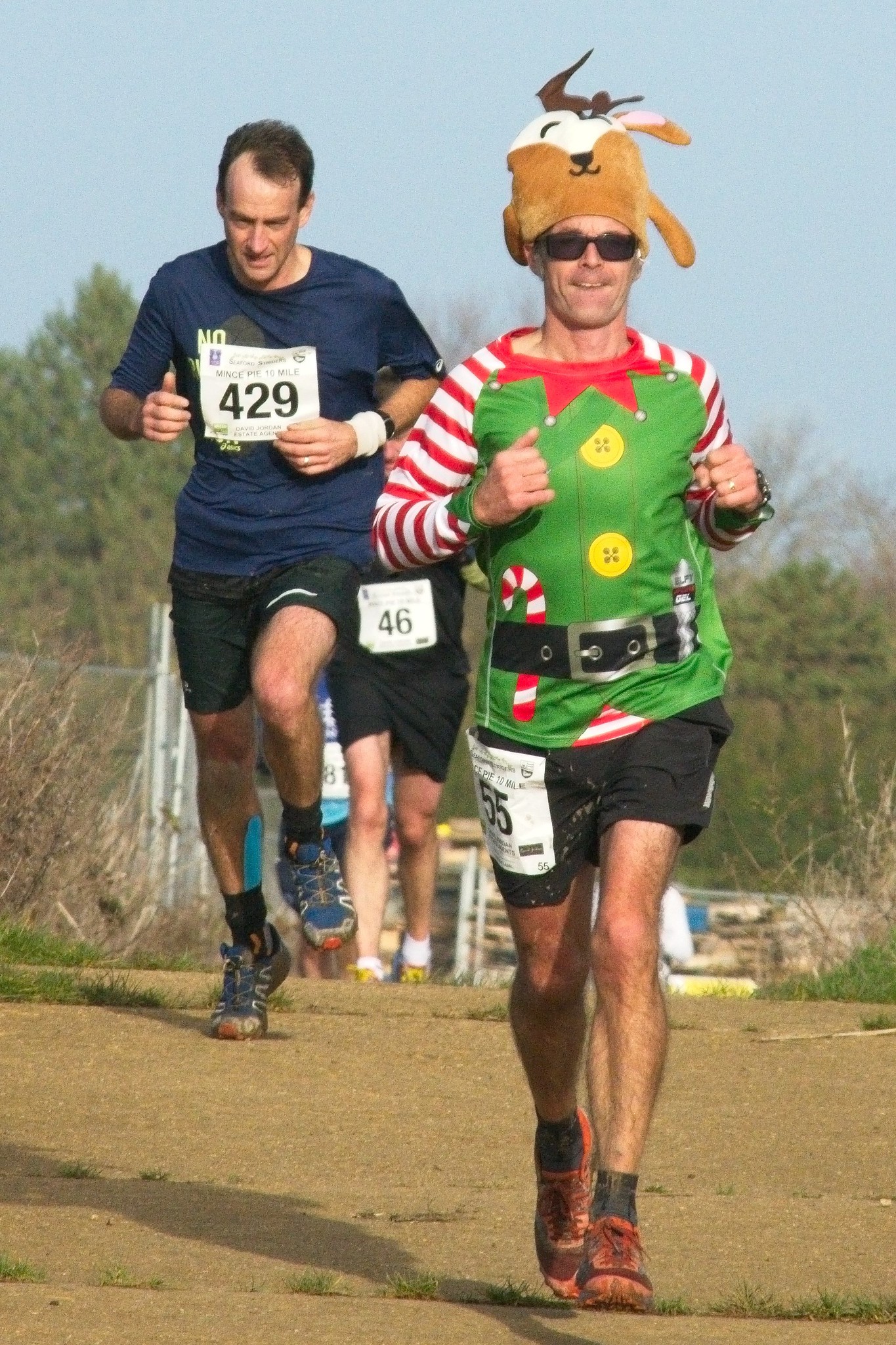